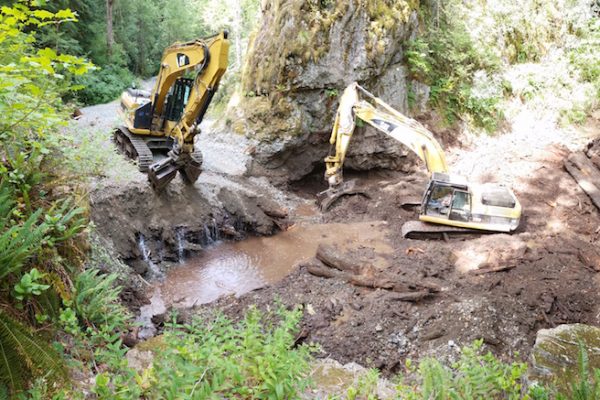 The LCFEG has been working in the Washougal River for nearly 20 years and this project is a culmination of acquired knowledge and familiarity with the watershed. Not only will this project increase summer steelhead access to 4 miles of additional spawning and rearing habitat, it will also release an estimated 12,400 cubic yards of spawning-size gravel to the watershed. This project will help restore the upper Washougal River to near-historic conditions.

This project’s goal is to restore fish passage to the upper reaches of Silver and Bluebird creeks in the upper Washougal River. Both of these creeks contain three very large cemented log dams which block fish passage to approximately four miles of habitat and block downstream transport of organics (LWD) and coarse alluvial substrate (spawning gravel). The log dams were created as a result of anthropogenic disturbance within and adjacent to the channels and uplands in the 1950’s–which  consisted of yarding logs off the hillsides into the stream channels and skidding the logs down the stream channels to the river.

In addition to removing the blockages, the project will redistribute salvaged logs to form 135 logjams and other wood structures to enhance spawning and rearing habitat. The project was funded, in part, by the Salmon Recovery Funding Board. 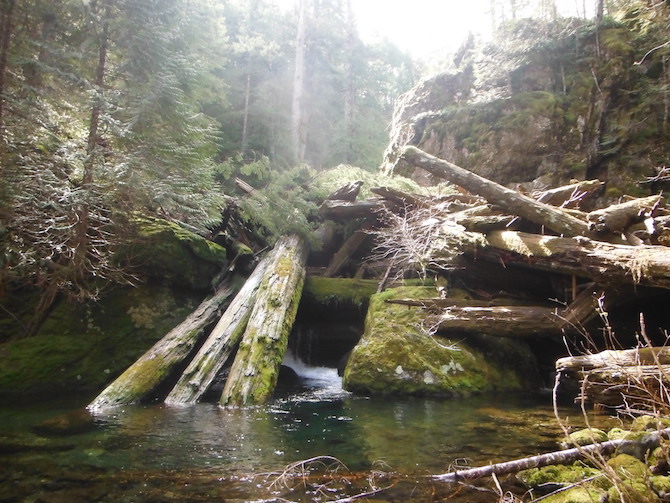 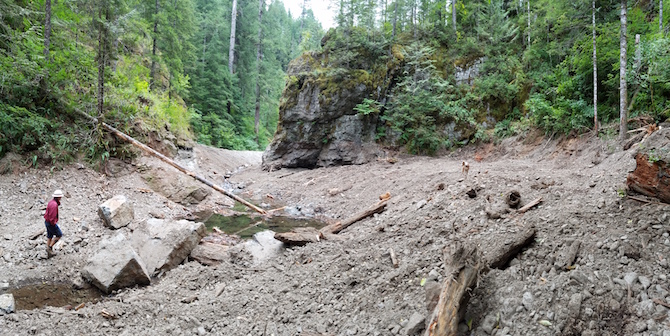 Post-construction — the blockages have been removed. 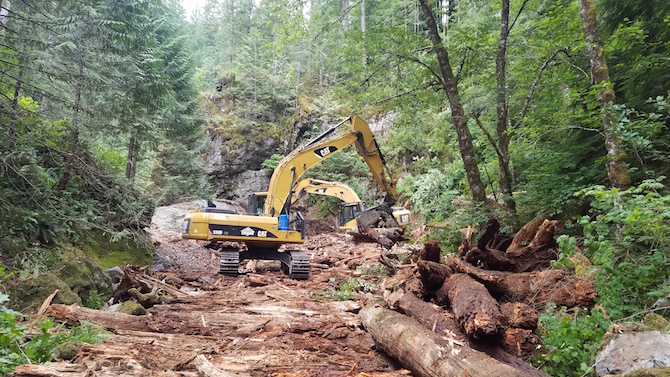 The logs from the blockages were then re-distributed to provide better fish habitat.

Your ticket for the: Silver-Bluebird Restoration