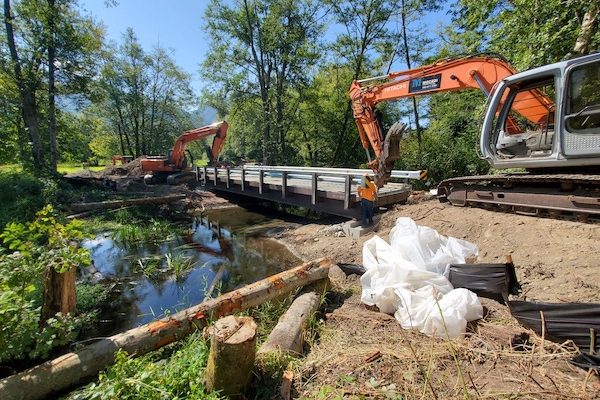 Carey’s Creek is nearly 40ft wide, however at this driveway crossing it was forced through two culverts, 2ft and 4ft wide. Increased water speed in a small pipe is a big problem for salmon, especially the 2in-4inch juvenile fish that use this habitat for early life development and growth.

This landowner was interested in improving his private infrastructure and helping the environment. SFEG worked with him to secure funds from Puget Sound Energy and the U.S. Fish and Wildlife Service to remove the culverts and road material and replace them with a 50ft long bridge. The project was designed by the Skagit Conservation District’s Northwest Region Engineer.

Despite historic data on extensive fish use in Carey’s Creek and landowner reports of juvenile salmon swimming around the mouth of his culvert, SFEG staff were surprised and thrilled to find over 150 salmon and trout in the project area over the course of construction, as well as dozens of freshwater lamprey, a very large (and very lively) adult Pacific Lamprey, several salamanders, and over 100 crayfish. All were gently collected and safely released downstream by SFEG staff.

Less than 15 hours after the in-water work was completed for this project, SFEG staff documented several lampreys spawning in the newly dug channel where the contractor had just spread river gravel. Even as the construction crew finished up, juvenile coho were observed swimming up and down the new channel and lampreys spawned throughout the day.

Fish passage improvement projects are a collaborative endeavor made possible by the joint effort of local governments, tribes, non-profits, local businesses, and most importantly, community members who are open to working with these groups to improve fish habitat.

The benefits to these projects are immediately felt by the local business that are paid to build them, the landowners whose properties are improved, and the many aquatic species who depend on these waterways. As the Skagit Fisheries Enhancement Group education staff always say “it’s about way more than just salmon!”; these projects are about enhancing both Skagit stream ecosystems and Skagit communities. 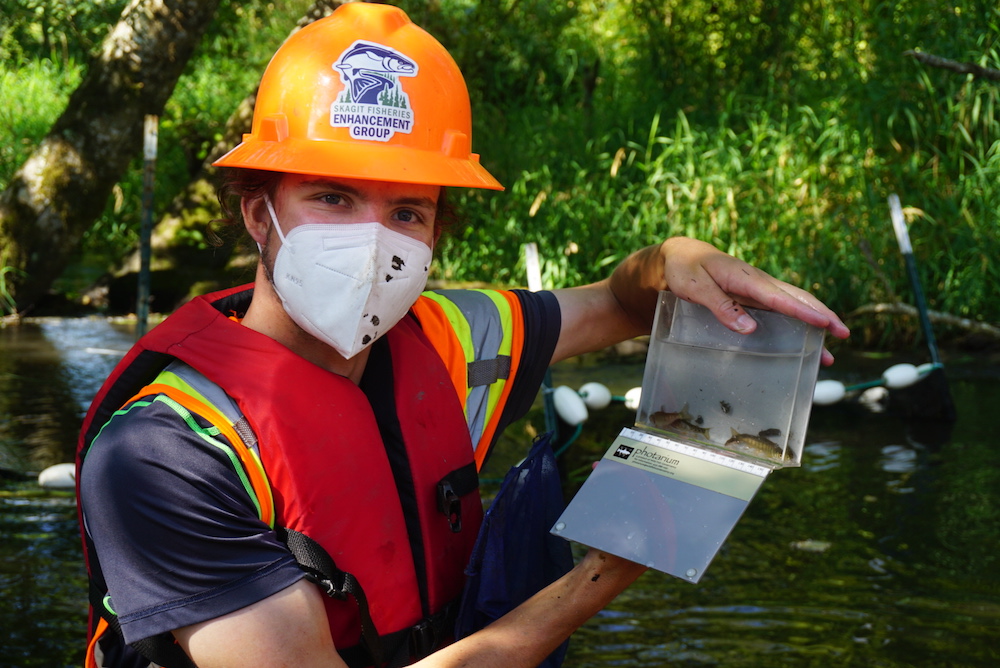 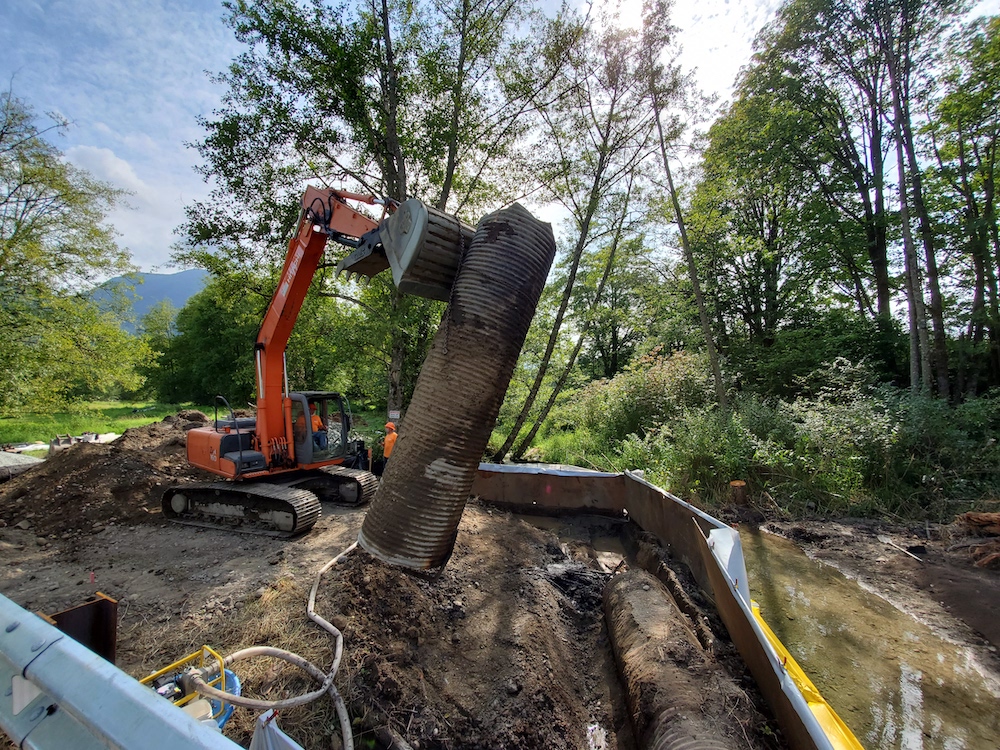 Your ticket for the: Carey’s Creek Fish Passage Project