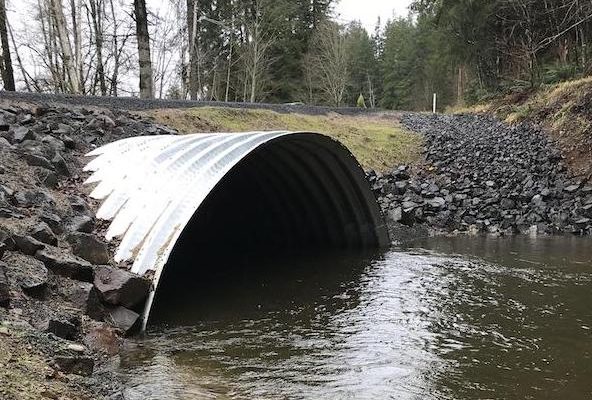 Yearly, the CBFTF accomplishes its projects with the help of outstanding partners. This past year, we joined forces once more with the Grays Harbor County Roads Department, with whom we have worked closely since 2002 to help correct their fish barrier culverts.

The Bush Creek project we completed in 2019 is located 3 miles north of Elma, Washington, a beautiful rural community. An RCO funded culvert assessment had been done in 2003-2006, which ranked the barriers in the top 5% range for replacement. WDFW’s current assessment identified the same concerns, and with funding from Habitat Restoration Project (HRP) and Grays Harbor County, the construction phase of this project was able to open a total of 8.44 miles of upstream spawning and rearing habitat for 5 species of salmonids by removing three 33% passable fish passage barrier culverts on three separate sites.

The third site was on private property where we removed three 3 ft. steel culverts and replaced them with a 14 ft wide by 50 ft. long steel modular bridge commonly used on forest road projects. The landowner was very pleased with the beautiful and well-constructed bridge.

In the spring of 2020, the sites were looking good with grass growing for erosion control, and the stream had adjusted without major impact to the new hydraulics, and stream flows. We are privileged and proud to work alongside hard-working individuals that make these restoration projects possible. This adage captures the essence of what the CBFTF believes: “Individually we are one drop, but together we are an ocean.” 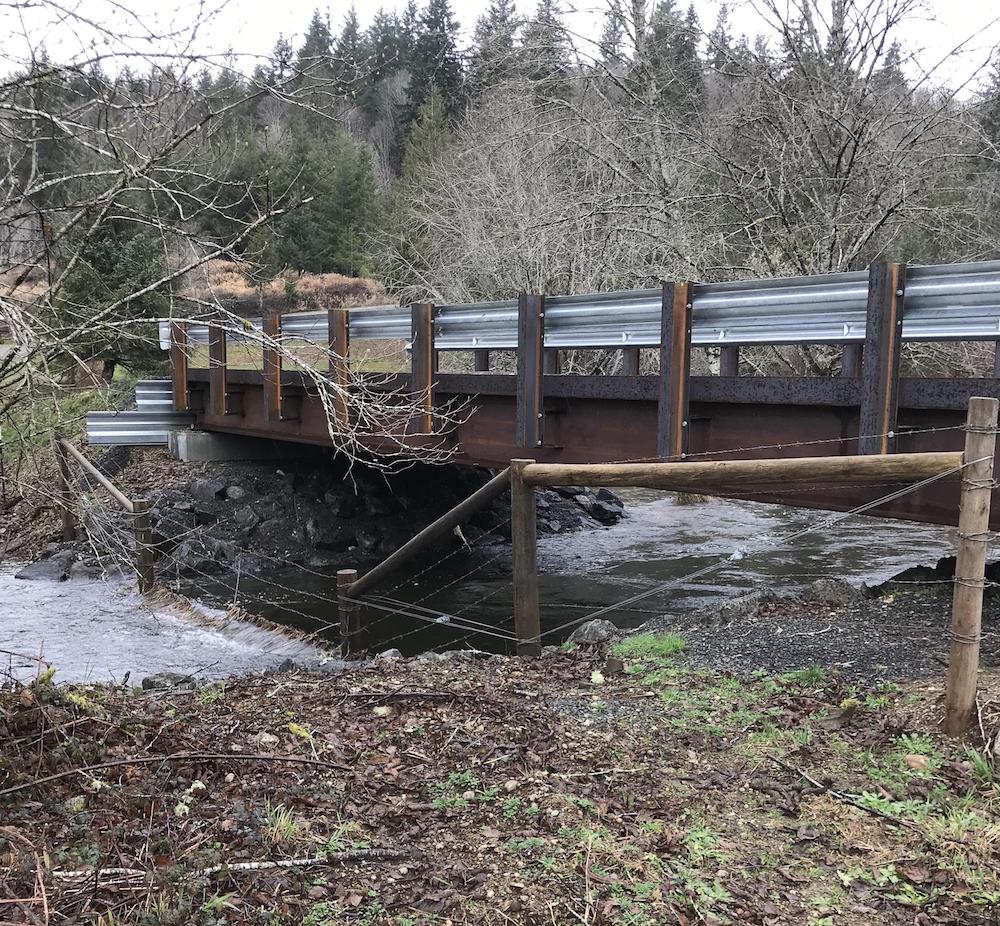 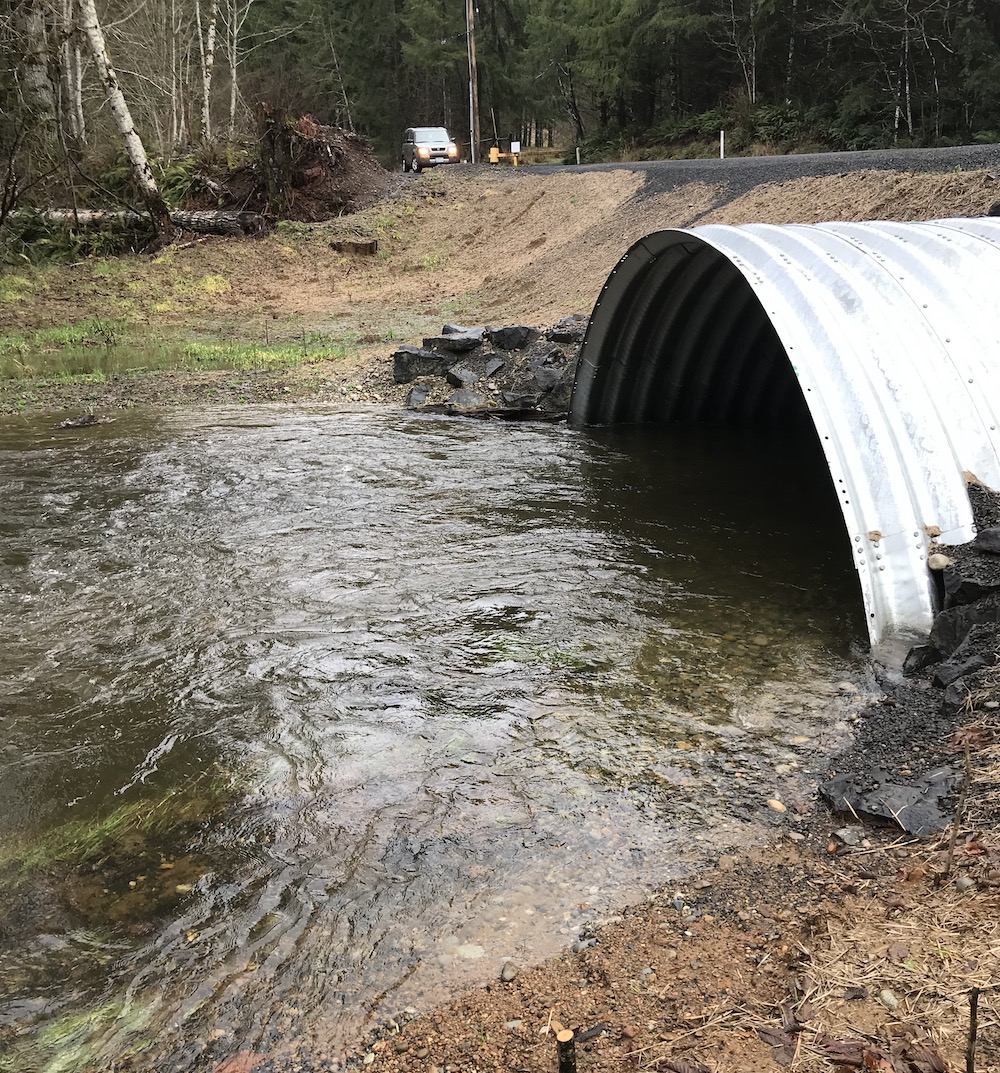 Site 2 of the 3-site project 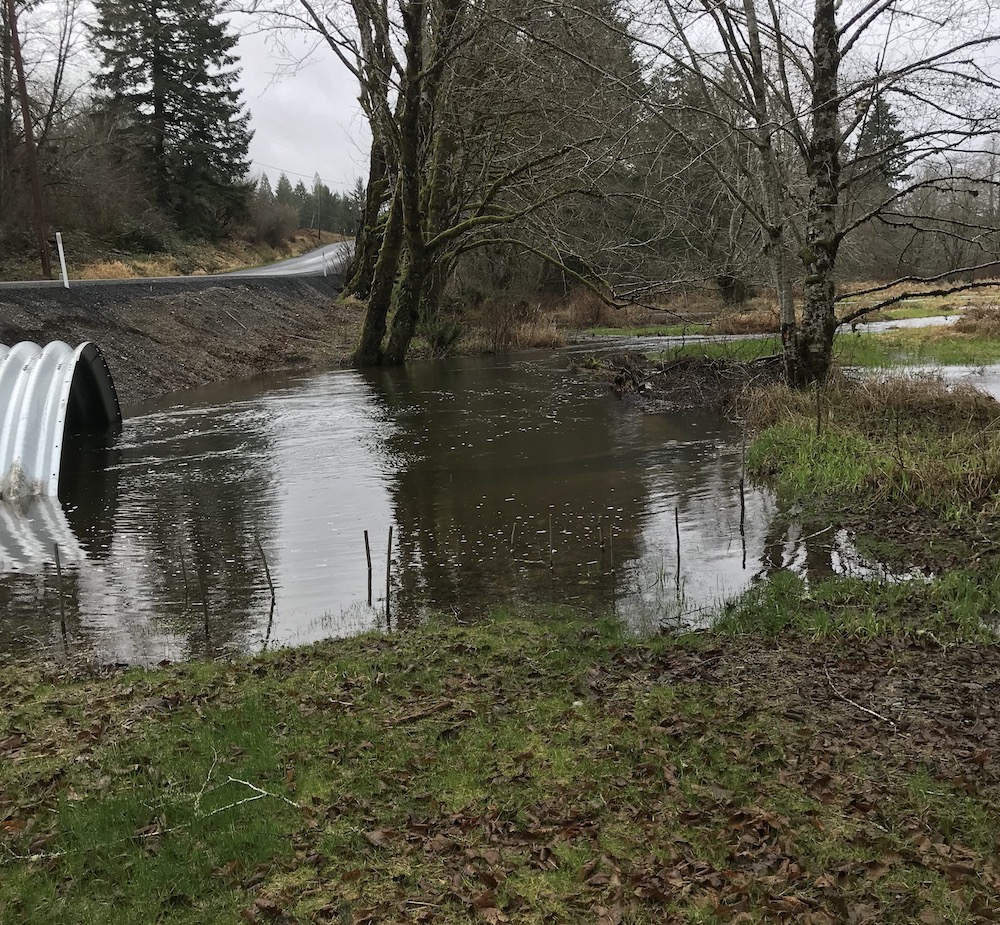 Your ticket for the: Bush Creek 3 Fish Barrier Correction Construction