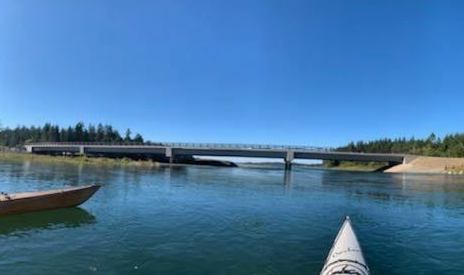 The installation of the causeway in between Kilisut Harbor and Oak Bay eased transportation between the Islands, but choked the flow of water and sediment, eventually creating an artificial beach berm, a filled channel, and increased water temperatures in Kilisut Harbor.

The Kilisut Harbor Restoration Project restored the historic tidal connection between southern Kilisut Harbor and Oak Bay by removing the earthen causeway containing two undersized culverts and replacing it with a 440-foot bridge.

This project benefits many species including salmon, shorebirds, waterfowl, shellfish and eelgrass, while also providing transport between the two islands. The completion of this project will reconnect the large numbers of Hood Canal and Puget Sound migrating juvenile salmon that converge at Oak Bay with immense foraging opportunities available within Kilisut Harbor.

Two local tribes were crucial partners in this project — first completing the scientific assessment that established the ecological need for the project, and then helping bring together the partners and funding for the project. 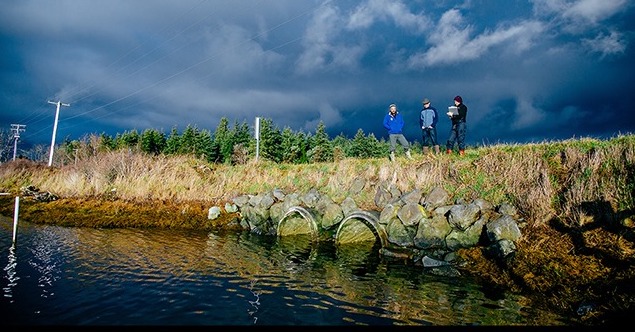 Before the project, the only connection between Oak Bay and Kilisut Harbor was through these two small culverts. 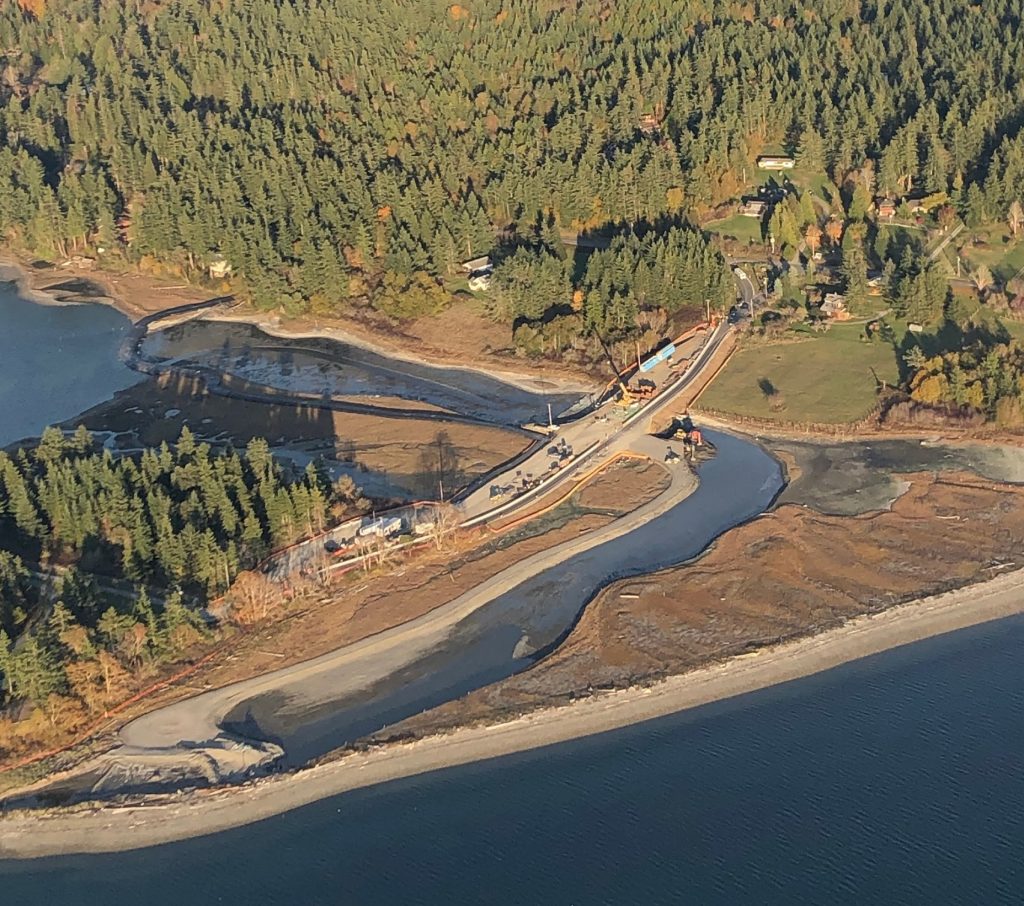 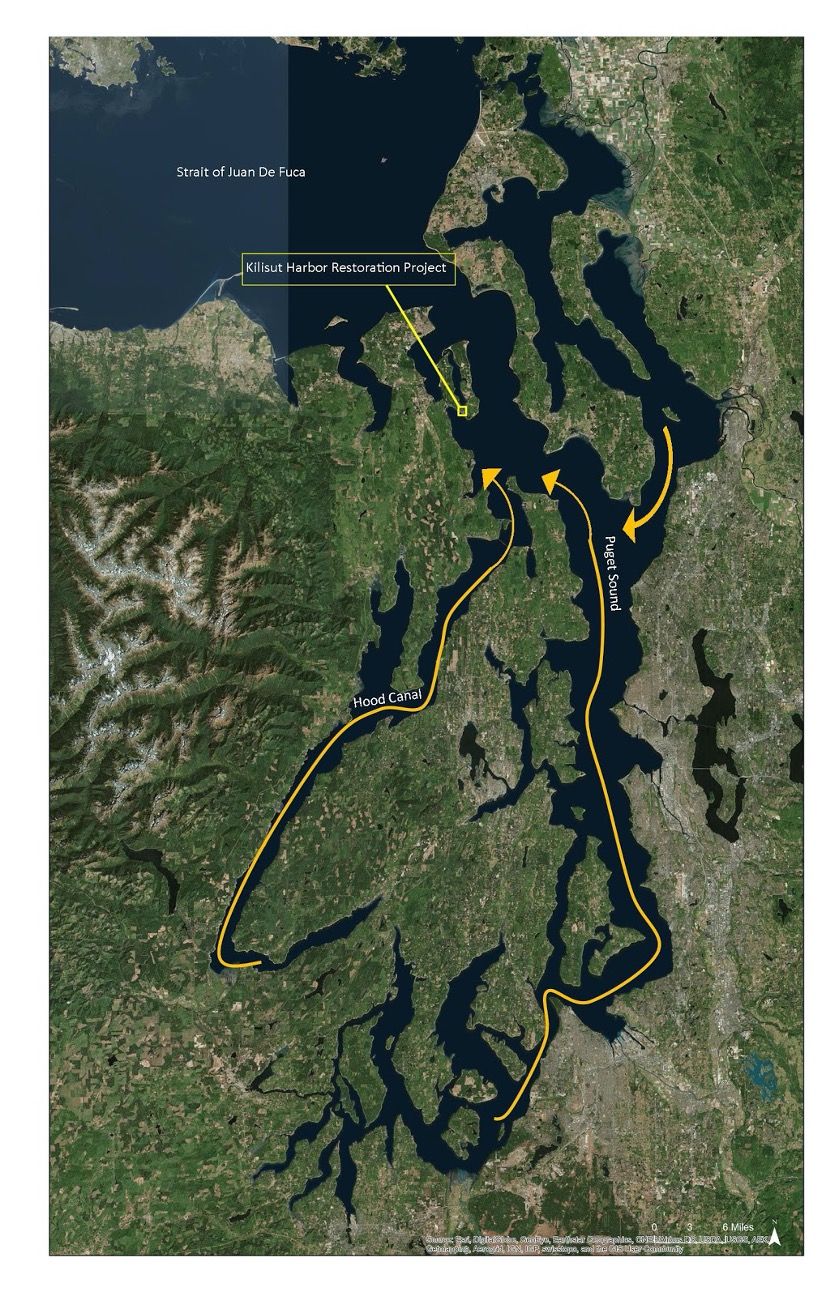 By cutting off the tidal flow, the causeway cut off access to productive estuary habitat to juvanile salmon from Hood Canal and Puget Sound. The trip out to the ocean is an important growth time for these fish. 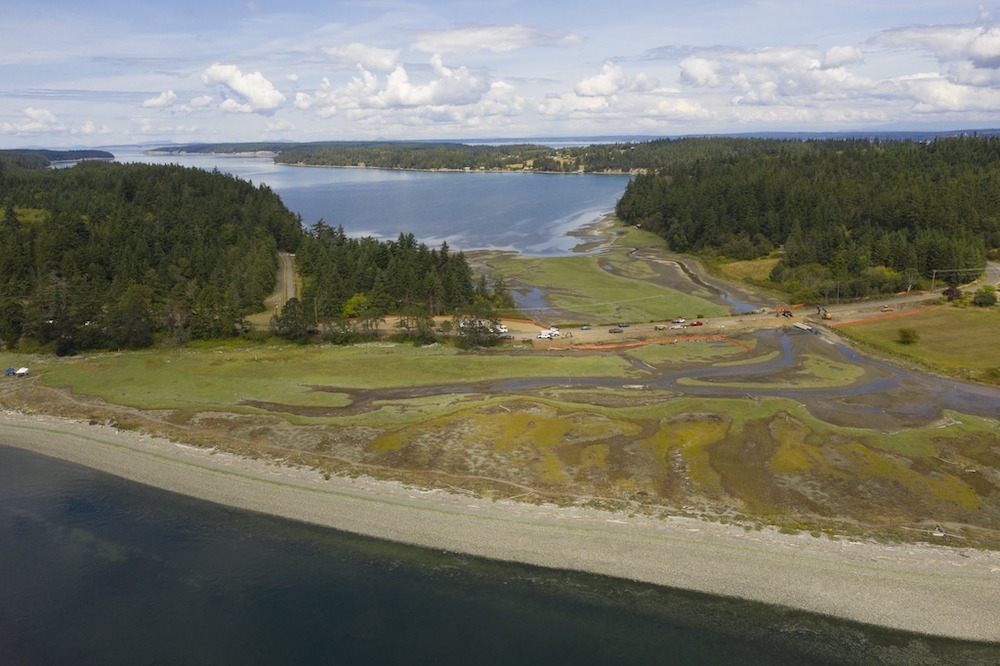 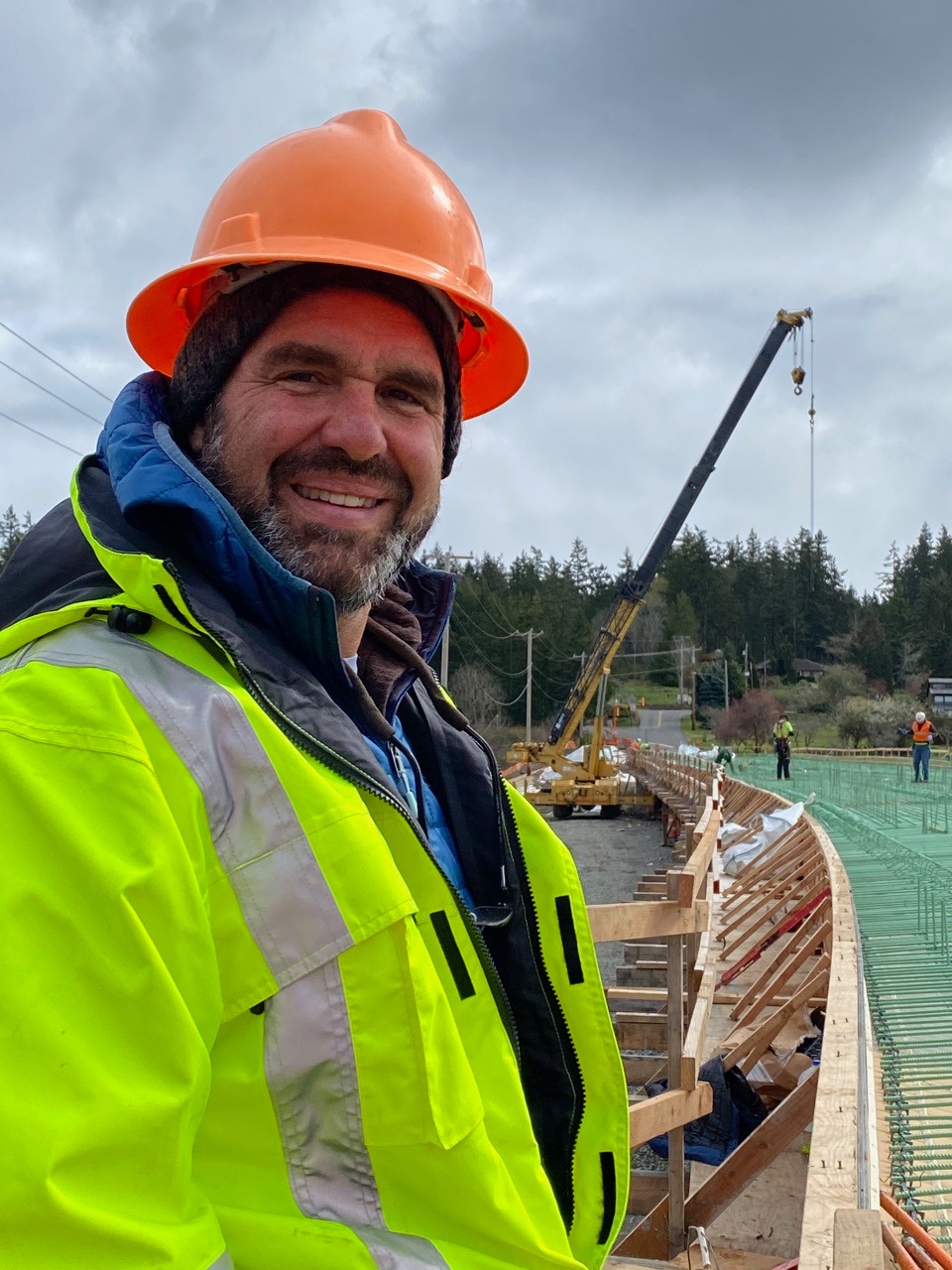 Kevin Long, Project Manager for NOSC, oversaw the construction — often working at night to make sure that everything went to plan. 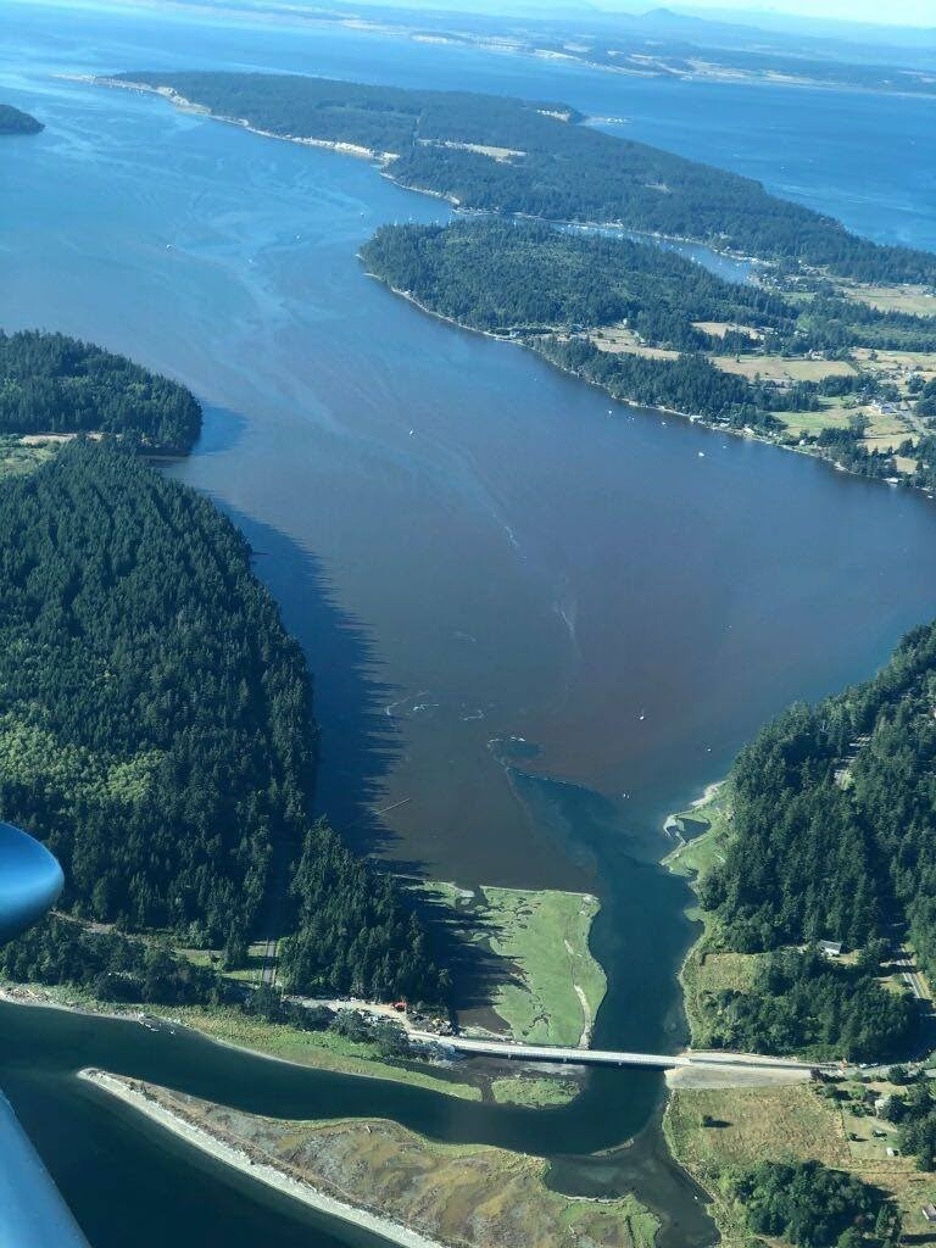 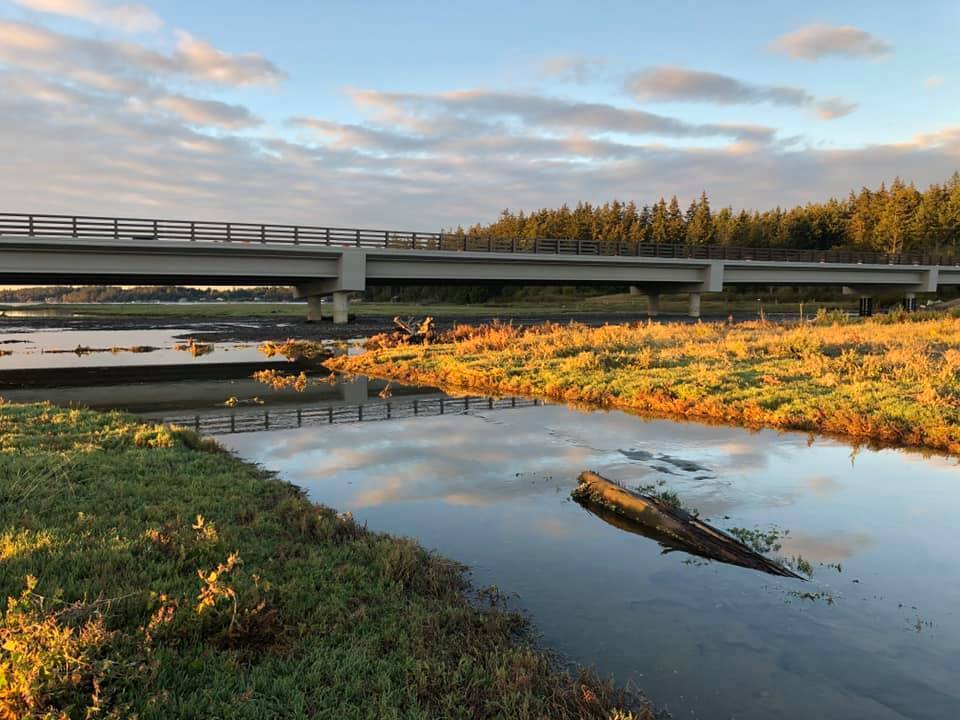 The lovely bridge is also safer for people, and built to withstand earthquakes and floods.

Your ticket for the: Kilisut Harbor Restoration Project