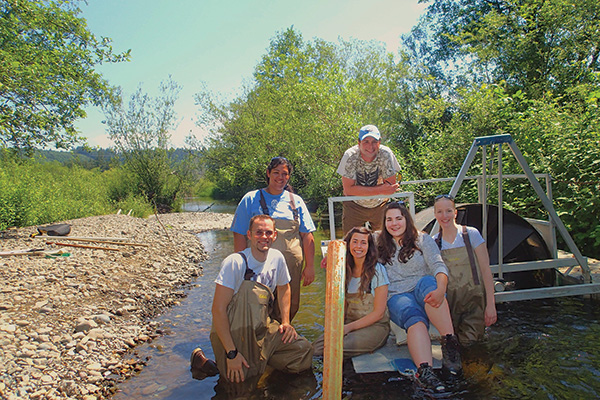 The Hood Canal Steelhead Project is a 16-year project (2007-2022) that aims to restore three steelhead populations in Hood Canal while evaluating the effectiveness of hatchery supplementation as a conservation strategy for steelhead.

Before, during, and after supplementation, the project monitors adult and juvenile abundance, genetic composition, and life-history patterns in all study streams. The project is a large collaborative effort to conduct work on seven Hood Canal streams. The Salmon Center’s focus is to carry out field work on the Dewatto and Tahuya Rivers and smolt trapping on the Little Quilcene River.

Hood Canal Salmon Enhancement Group (HCSEG/The Salmon Center) strives to deepen the connection between land, people, and salmon through restoration, education, and research.  Our mission is to ensure that wild salmon are once again abundant in the Pacific Northwest.

Your ticket for the: Hood Canal Steelhead Project