Anyone who has seen a tributary stream swallowed up by Reed Canary Grass (Phalaris arundinacea) knows how detrimental this invasive species can be.  This wetland-loving, noxious species has the ability to grow dense mats that can impact the hydrology of waterways. For salmon, this is especially detrimental in the lower portions of waterways where streams tend to loose gradient and become slower.  While these areas do not look like the ‘typical’ salmon habitat, with swiftly flowing, crystal clear water cascading over gravel streambeds, they are important to juvenile salmonids.  Slow moving waters are prime rearing habitats for young salmon, especially Chinook and coho. When reed canary grass invades these areas, the salmon numbers decline because the waterways become choked with vegetation and the monoculture does not provide a diversity of habitats for salmon or their prey.

There are many ways to remove Reed Canary Grass: scalping the ground, herbicide, repeated mowing, or laying down a light barrier (black plastic or geotextile fabric). However, the lowest impact, and most beneficial, is shading it out with native vegetation.  Reed canary grass does not tolerate shade well, so if a canopy of native trees and shrubs can become established they will eventually deprive this invader of the necessary light and it will die. There are two drawbacks to this method, it is labor intensive and takes time. Plants installed in reed canary grass require maintenance so that they themselves do not become overwhelmed by the grass and get shaded out. This typically involves mowing the reed canary grass around the plants at least twice a year. Secondly, it takes time for planted species to become large enough to shade out the undesirable grass.

When SFEG proposed to try this on some Seattle City Light (SCL) property on Anderson Creek, we were fortunate that they were supportive.  In 2010 we mowed all the reed canary grass to the ground and installed willow whips, see Figure 1 below. 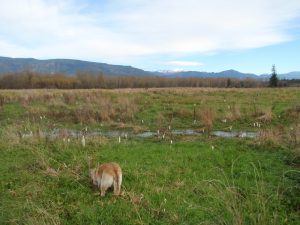 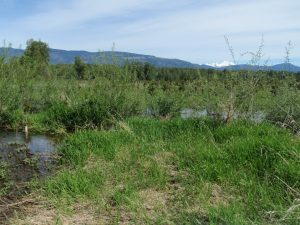 Figure 2, 2014 willows begin to be taller than the surrounding reed canary grass.

By 2019 the willows had formed a nearly impenetrable thicket and were much taller than the reed canary grass, see Figure 3 below. 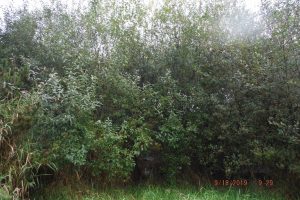 This portion of Anderson Creek is now improved juvenile salmon habitat with streamside vegetation and canopy cover, see Figure 4 below.

Figure 4, 2019 Anderson Creek flowing in a channel through native willows, where it used to get lost in a reed canary grass morass.

While it still does not look like a typical ‘Salmon stream’ in this location, we have restored a portion of Anderson Creek to its original function. The confirmation came during the summer when the first beaver dam was created in this location, see Figure 4 below.  The pools created behind beaver dams provide wonderful juvenile rearing habitat. Natural process should continue to move forward on their won from this point. 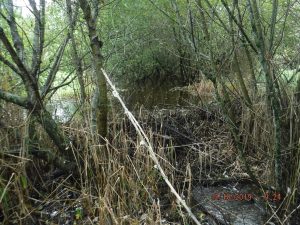 Figure 5, 2019 a newly constructed beaver dam in the restoration reach of Anderson Creek.

Your ticket for the: Reed Canary Grass, Enemy of Salmon?